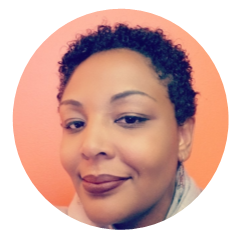 Colsaria has a Master’s in Social Work with a specification in Administration and Planning. She is from the South and considers her social justice training buried in the roots of activist parents, who dedicated their early lives to the civil rights movement.  She began working in the field in the 1990s and began her official career in anti-gender based violence work as a Sexual Assault Counselor in Atlanta, Georgia. She later finished a Bachelor’s of Science in Social Work while working in a dual Domestic Violence and Sexual Assault advocacy agency.

Since moving to California, she has held leadership roles in multiple Bay Area anti-violence organizations, most recently she was the Executive Director of Community Overcoming Relationship Abuse. Over the last many years, Colsaria has focused her work at the macro level, enjoying leadership and program development, survivor and community based evaluation and advocacy, and state-wide policy change. In addition to supporting the nonprofit leadership as a whole, she is currently focused in areas of intersection between anti-violence, racial justice, community level advocacy and prevention, and transformative justice approaches. Colsaria has completed several leadership and advocacy programs including the Women’s Policy Institute through the Women’s Foundation of California, the Strong Field Leadership program sponsored by Blue Shield of California Foundation, and Center for Excellence in Nonprofits’ Leaders Institute.