​Before receiving funding through the DELTA Impact grant, Stand Strong’s prevention and education efforts were limited to one-time classroom presentations. Aside from the Close to Home program our sister site, RISE, was implementing with two local high schools, San Luis Obispo County had next to no multi-session primary prevention programs available for youth. While both of our agencies were working to treat the effects of violence with our holistic intervention services, there was a need to be proactive in addressing gender-based violence before it begins.

When the opportunity arose to apply for primary prevention funding, Stand Strong jumped. After a rebrand in 2017, changing our name and mission, our agency had a renewed vigor to “put our money where our mouth was” and work to end violence before it begins. 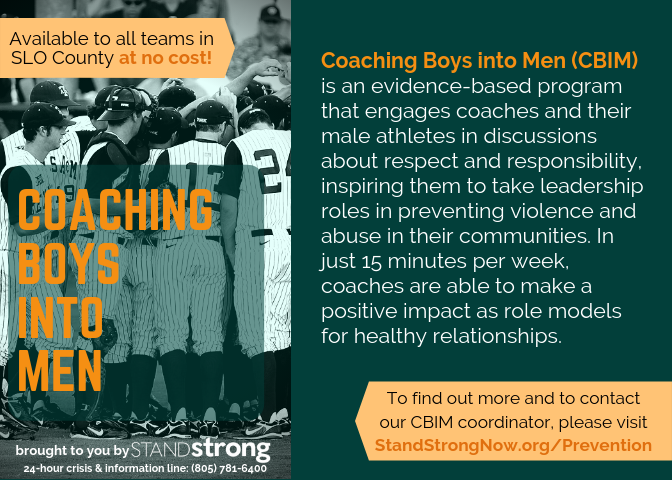 Our team sought to engage men and boys as allies in prevention with the implementation of the Coaching Boys into Men (CBIM) program. We believed this approach was important because we recognized the need to engage men and boys if we’re ever going to prevent gender-based violence in our community—and in our world. From a practical standpoint, we saw the possibility of sustainability for the CBIM program in our community. Because it engages coaches to provide the primary delivery of the program, it is our hope that it will continue on, even in the event that funding streams come to an end. 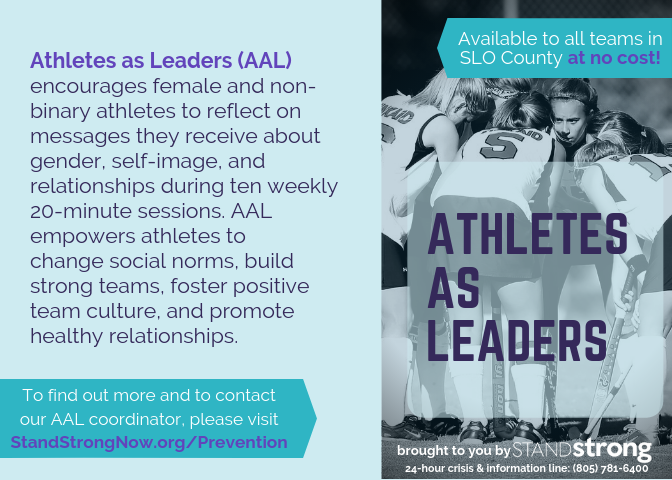 As the program got off the ground, gaining buy-in from schools became challenging. Reaching superintendents, principals, and athletic directors has proved difficult, due to either busy schedules or lack of interest in the program. When we were finally able to get in touch, many were asking, “What about the girls?” We then applied for funding to bring on a second prevention coordinator to implement the Athletes as Leaders program, which complemented our work with CBIM by engaging female-identifying and non-binary athletes in discussions about gender socialization, self-image, and healthy relationships.

The results have just come in from our pilot season of the CBIM program and, so far, they are very exciting! Throughout the season, I found that I got the most “success stories,” in the way of anecdotes. Coaches praised the program for its effectiveness in getting their teams talking and holding one another accountable for their language and actions. They also commented on how CBIM inspired many of their athletes to take leadership roles on their teams.

As we reflect on the results, we also acknowledge the ongoing challenge of communicating effectively with coaches. Monitoring program fidelity is wholly dependent on how often coaches communicate their progress, successes, and needs for support. In an attempt to solve lapses in communication and stay up-to-date on progress, I created a short ‘Coach Reflection’ tool that coaches could fill out after each CBIM session, briefly detailing how the session went, what could have gone better, their comfortability with the content, and any anecdotes they wished to share. While this worked for some coaches, others rarely used the tool and I wasn’t able to get an accurate read on their progress until the end-of-season survey.

Through this challenge, I learned to be flexible with the way in which I communicate with the coaches I work with—and that what works for one may not necessarily work for another. I will overcome this challenge next season by being open to communicating with coaches in the way that works best for them.

Back
This item appears in:
Prevention story November 14, 2019