The Constitution Will Not be Weaponized Against Us! Our privacy and liberty today are not “deeply rooted in... this Nation’s American history and traditions” 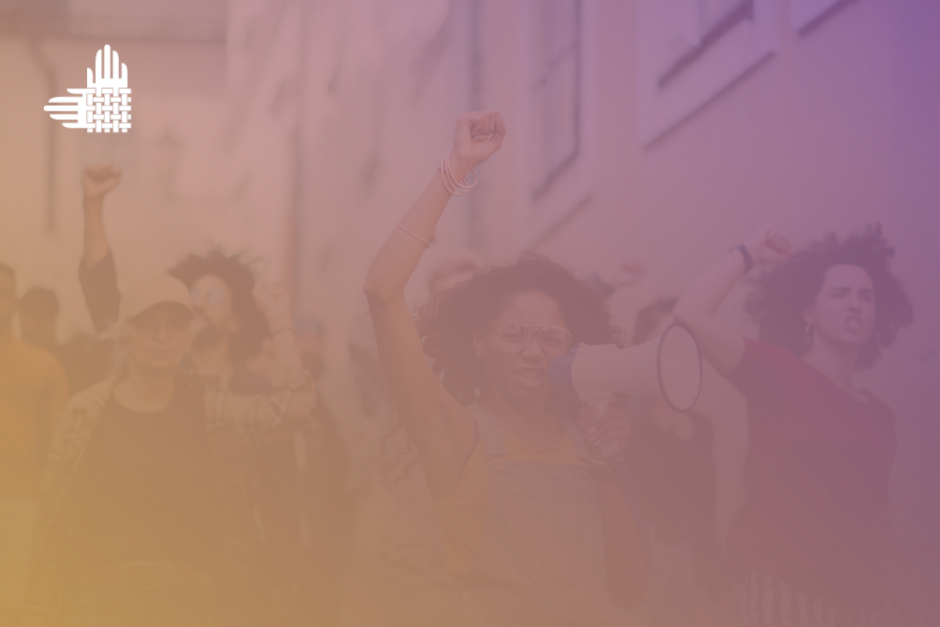 Domestic violence is a systemic pattern of behaviors that uses threats and/or acts of violence that can be physical, emotional, psychological, sexual, and financial to establish and maintain power and control over another. Beliefs and behaviors are learned, grounded, and protected by social and cultural systems.

And, although we are most familiar with this terminology as it relates to interpersonal relationships, which are supposed to be safe and trusting, domestic violence is not limited to a man putting their hands on a woman. It does not only occur in a home or just in America. It is an offense experienced by individuals, but it is also an offense experienced by local and global communities; those struggling for human and/or equal rights against an oppressive regime or/government, fleeing state oppression, war, famine, and drought, and those trying to survive the impact of colonization.

Over the past several years, we have been experiencing an emboldened resurgence of a bigoted movement in America. We are a nation established by Anglo- colonizers through genocide and slavery, that is intentionally and methodically codifying an imbalance of power across race, gender, ability, and identity. Those wielding this power in trusted elected positions are denying us our rights, lessening our citizenship, and making us more vulnerable to their overt misuse and abuse of power. Is this not a form of domestic violence? Those with this power want to brazenly dismantle this country’s attempt at a more equitable interpretation of Constitutional amendments, like the 13th and 14th, that include protections and provisions for non-white cis- heterosexual men. This movement, through the weaponizing of the Constitution by originalist interpretation is pushing for the denial of human rights – rights to privacy, our own reproductive choices, to be Black in public spaces, to read books on Black, POC history and racism, to vote, to define ourselves, to be safe in our homes, churches or  grocery stores, and/or to seek citizenship or asylum in this country. Is this not also a form of domestic violence? As citizens of America, are we not supposed to be safe in our country, free from physical, mental, emotional, sexual and financial abuse from those we trust to protect us? Many of our communities have never known this kind of freedom but we have hoped, fought, sacrificed, and died for the possibility.

There was not one Black, Indigenous, LGBTQ+, non-binary person, person of color, or woman in the group or at the table when the constitution was written or signed in 1787. Nor were our thoughts or ideas solicited because we were inconsequential in its development. For this reason, the originalist interpretation of this ancient, racist, and sexist document (the Constitution) developed solely to protect and provide for the continued wealth and safety of white male landowners, will never identify protection and provisions for us. Now, more than ever, we are reminded that “life, liberty, and the pursuit of happiness” only applies to a minority segment of our population.

It is time for us to break free from colonialism in our minds and legislation.

As Audre Lorde wrote, “The master’s tools will never dismantle the master’s house” and I would add, neither can they build a new one. An originalist interpretation of the constitution will always confirm the rights of those for whom it was written and deny the rights for those it was not. We must protect the amendments that were enacted to protect and provide for us. Those were and are the tools essential for our freedom. We must accept the fact the constitution is a racist sexist document that does not represent all Americans or American life today. We must not allow a small oppressive group to continue to weaponize the constitution against its most vulnerable people or the will of the majority. We cannot cower at the threat of violence. We must come together to find ways to resist and refuse to submit. We must liberate ourselves from false constructs and silos to collectively fight for our freedom, autonomy, agency, self-determination, and choice. We must vote for political representatives who value equity and equality above their own personal gain.

We understand the work ahead of us. The path has been paved and lighted is along the way. Our ancestors and elders were able to achieve voting rights for women, labor rights for children, and civil rights for Black, people of color and Native Americans, Disabled people and Deaf & Hard of Hearing people with a fraction of the resources we have today. We cannot rest on their shoulders any longer. We must stand up for the next generation. The fight for justice is never finished, it is ongoing, and its reward seen just over the next horizon. In the words of Martin Luther King, Jr., “The arc of the moral universe is long, but it bends towards justice. Change takes a long time, but it does happen.”