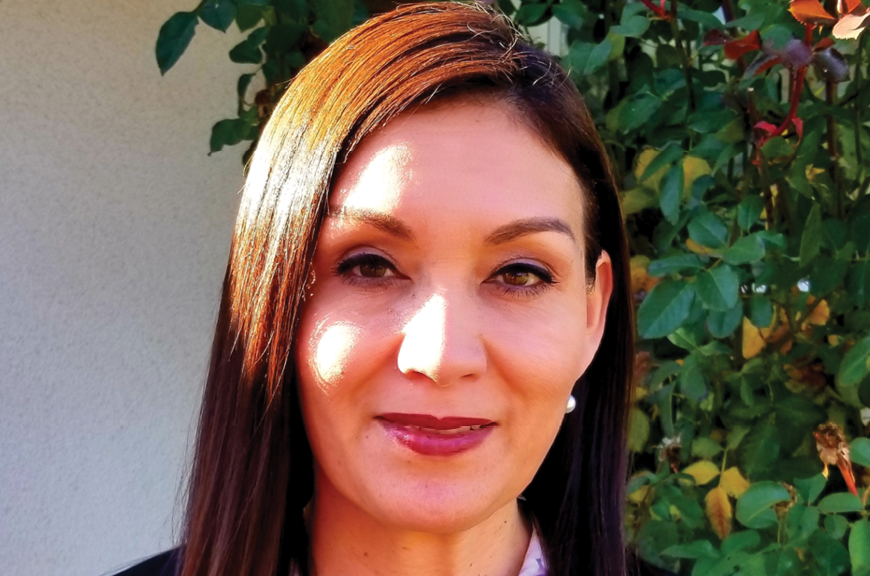 “Everyone in the movement to end domestic violence agrees on the common goal of prevention. What we disagree on is how to stop this vicious cycle. The generations before me broke the silence and established resources for survivors to escape. The criminal justice system adopted laws and court mandated services to hold batterers accountable. My generation is demanding equity by calling out the injustices inflicted upon survivors of color, immigrants, and incarcerated women.

We will not give the power of justice to a system that normalizes violence against women of color by excluding us from Megan’s Law, Marsy’s Law, and Jessica’s Law. Following the death of Nicole Brown, we watched the government approach the field with funds to support organizations that operate domestic violence programs. At that same time we watched immigrant survivors beg for their U-Visas to get approved. I will not standby and disregard the lack of urgency demonstrated by this system towards survivors of color.

Black women that are killed by their partners are given background checks before their loved ones are notified of their death. There is an automatic effort to identify them as criminals, sending the perception the public that somehow they were responsible for their own death. The media will spend more time reporting what type of problems they had rather than reporting what type of harm they experienced.

Nothing we’ve done to date has been proven to prevent domestic violence. We are at a place in the movement that is requiring us to expand our vision of accountability and rather than excluding harm doers from the healing process, we are open to alternatives to justice that includes people that commit harm in the healing process. We are going beyond this platform of survivors versus batterers with punishment. This means that rather than shifting power from batterers to a system for justice, we are placing power in solutions by engaging both sides.

The purpose of being open to including harm doers as part of the solution is to reach our goal of prevention. We will not break the cycle by alienating harm doers! Depending on one method for justice worked for some survivors but excluded others, especially those from marginalized populations. Some find the power of watching a rehabilitated harm doer tell their story to a group of people at an awareness event more impactful than a news episode of a harm doer being sentenced to serve time. Some survivors want justice by confronting the harm doer about the harm caused. Survivors should not be powerless in determining which method of justice will work for them.

Survivors that seek to participate in healing dialogues with the harm doers get the opportunity to restore what was broken by sharing how they were hurt. Harm doers observe who they harmed, and to what degree. This process puts a human tone to the event because it centers the survivor, not the state. The survivor can immediately see the reaction of the harm doer and an opportunity to acknowledge the pain becomes present. This is the beginning of healing which sets the foundation for positive change.

In the criminal justice system, survivors do not determine if a crime was committed, the state does. And if a crime was committed , its against the state not the survivor. Survivors will get used to help build the case to determine guilt but survivors do not determine the conviction . Many survivors report feeling revictimized by the criminal justice system. In the event that many crimes occurred, only those with a substantial amount of evidence will be upheld. There could also be a substantial amount of evidence but if the harm doer is offered a plea deal, they could only be held accountable for one of the crimes committed.

This process complicates an already complicated situation. Survivors lose credibility when this happens because the event is downplayed. When the survivor is kidnapped, beaten, and raped but the harm doer is only convicted of a lesser charge such as battery, the public assumed the survivor didn’t suffer a greatly. The harm doer doesn’t see the full impact of the harm committed and the opportunity to address the entire event is never presented.

Alternatives such as restorative justice present the full impact of the harm, and allow the survivor to share how the harm doer can help them heal. I’ve picked up checks that harm doers voluntarily offer to survivors to help them with housing and uninsured counseling sessions. I’ve seen the power of a public apology! When a harm doer offers a public apology, it eliminates the hardships survivors encounter by people questioning their honesty. Especially those in denial about a harm doers actions. It becomes impossible for people to question a survivor when the harm doer takes accountability in a public manner.

This also allows for the harm doer to take full responsibility of their actions. These actions are not court ordered, they are voluntary. This requires a sense of individual maturity and promotes personal growth. The main difference about the criminal justice system and victim/offender restorative processes is the intention. The criminal justice system seeks to convict and restorative justice seeks to heal. Survivors are at a place today where they want a voice in deciding what is best for them. Survivors are becoming more empowered in voicing how they want to seek justice and we have respect their autonomy.”