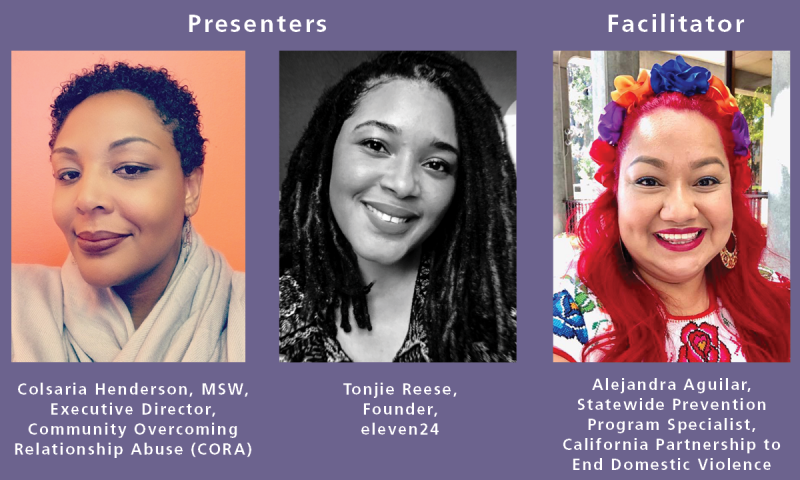 During a very critical time in our history, it is imperative that within the movement to end relationship and sexual violence, we remind ourselves of our role against racism.

As Black people across the country are leading protests demanding racial justice, we must do more. A hashtag is not enough.

We invite you to join us in doing more!

On Thursday, June 11th from 10:30 a.m. to 12:30pm, the Prevention Peer Network’s webinar will be elevating the conversation about racial justice, reminding us all of how the root causes of relationship and sexual violence stem from a culture of oppression and privilege.

Preventionists across our state are continuously speaking up about the importance of being an upstander, standing up against violence and oppression with ACTION!
But this conversation requires that we all participate. That is why we are actively inviting Executive Directors, Board Members, management, and crisis intervention staff to join us on this webinar. We will hear from Executive Directors, in our field, who are centering on their values of racial justice and commitment to ending violence of all forms.

“If you are neutral in situations of injustice, you have chosen the side of the oppressor.” is a frequently used quote to illuminate the role we all have in creating a more just world. In these difficult and violent times, how can the DV field meaningfully show up for racial justice? What is the role of donors and board members in the organization’s decision-making process on how to show up?  What impact do those decisions have on your team, your community?

Register for this important conversation today!

Colsaria has a Master’s in Social Work with a specification in Administration and Planning. She is from the South and considers her social justice training buried in the roots of activist parents, who dedicated their early lives to the civil rights movement.  She began working in the field in the 1990s and began her official career in anti-gender based violence work as a Sexual Assault Counselor in Atlanta, Georgia.  She later finished a Bachelor’s of Science in Social Work while working in a dual Domestic Violence and Sexual Assault advocacy agency.  Since moving to California, she has held leadership roles in multiple Bay Area anti-violence organizations. Over the last many years, Colsaria has focused her work at the macro level, enjoying leadership and program development, survivor and community based evaluation and advocacy, and state-wide policy change. She is currently focused in areas of intersection between gender-based violence movements and reproductive justice, racial justice, LGBTQ and immigrant rights. Colsaria has completed several leadership and advocacy programs including the Women’s Policy Institute through the Women’s Foundation of California and the Strong Field Leadership program sponsored by Blue Shield of California Foundation. She currently serves on the Board of Directors of the California Partnership to End Domestic Violence.