The President, Vice President, Joe Torre, and high profile athletes call upon men to step up and speak out against dating violence 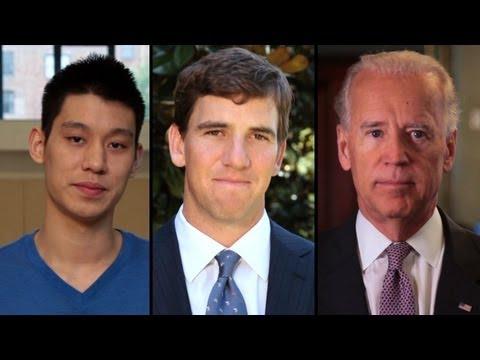 Vice President Biden, Senior Advisor Valerie Jarrett and White House Advisor on Violence Against Women Lynn Rosenthal hosted an event on June 21, 2012 to launch a new Public Service Announcement (PSA) about dating violence, as part of the Vice President’s 1 is 2 Many campaign. Due to the fact that young women today ages 16 to 24 experience the highest rates of violence at the hands of someone they know, the PSA’s target audience is men of this same age group. The PSA, which was produced by the White House, features professional athletes and other male role models who deliver the message that dating violence is unacceptable, and men can step up and speak up to stop it.

The Vice President’s 1 is 2 Many campaign is committed to reshaping cultural views about what it means to “be a man” and who has the responsibility to help stop abuse. Research shows that men overestimate how accepted this kind of violence is by other men, so the Vice President wanted to make sure young men hear from other men they respect. They reached out to male role models, like former Yankees manager Joe Torre, who grew up in a home where his dad abused his mom and who talks movingly about how devastating witnessing the abuse as a boy was for him.

In the PSA, David Beckham, Jeremy Lin, Evan Longoria, Eli Manning, Jimmy Rollins, Joe Torre and Andy Katz ask all men to step up, talk about how wrong it is, and help end the violence. The PSA will air this summer on the ESPN Networks, the Fox Sports Networks, MLB Network, and NFL Network.

Click here for more information on dating violence and the Administration’s effort to combat it.