Our Field is United by Purpose A Guest Post by Deena Fulton, California Coalition Against Sexual Assault (CALCASA) 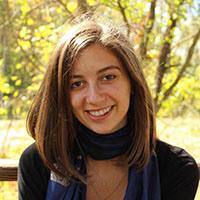 As much as possible, we want to highlight for our readers the power of collaboration in preventing gender-based violence. In this prevention blog post, we’re excited to bring you a guest post from Deena Fulton of the California Coalition Against Sexual Assault (CALCASA). Our long-standing collaboration with CALCASA has been especially important for our prevention efforts, as many of our strategies address shared risk and protective factors for both sexual assault and domestic violence.

It’s been a week since the 2015 National Sexual Assault Conference in Los Angeles, and my colleagues at CALCASA and I are still basking in the excitement of this incredible gathering. Over 1,500 folks from all 50 states, 6 territories, and 7 countries came together to be inspired by progress and united by purpose.

The conference opened with a tribute to the progress we’ve made in the anti-rape movement. We heard keynote addresses from Californian founding mothers Beckie Masaki, Alva Moreno, and Gloria Sandoval, as well as from Kamilah Willingham, an attorney at California Women’s Law Center, who shared about her story and her campus-based advocacy in the recent documentary, The Hunting Ground. The message was clear: women and others who have been involved in this movement for over four decades have made incredible progress and have paved the way for the next generation of activists, who are continuing to make inroads toward a world without sexual violence.

Another highlight was Mentors in Violence Prevention co-founder, Jackson Katz’s keynote about the centrality of the gender analysis lens for sexual violence prevention, and about the need for ongoing critical analysis about the values and direction of our work. His address has sparked lively conversation about how best to take a social justice approach in our movement.

There were 105 break-out sessions, with tracks from prevention, intervention and advocacy, and campus communities to rape in detention, ending sexual violence in the military, and leadership development – and more. I spent most of my time in sessions in the prevention track, where a lot of the sessions focused on changing the root causes of sexual violence and making community-wide impact. One of my favorite sessions was about shared risk and protective factors across multiple types of violence, which has become a major focus in the field. This particular workshop focused on preventviolencenc.org, a North Carolina project that identifies work that’s already being done across the state to modify shared risk and protective factors. Interestingly, some of the organizations identified work on things like building community gardens and creating jobs. While these projects might not seem like violence prevention on the surface, they’re both addressing important root causes of violence – neighborhood cohesion and community ties, and economic opportunity and stability, respectively. I love the way Prevent Violence NC highlights creative, community-level strategies that can expand the way we think about prevention. I think this direction is a great step toward addressing the multiple and intersectional barriers to health and safety that our communities face.  If you’re curious about what went on in this or other sessions, materials from many of the sessions are available online.

I left the conference with an overwhelming sense that despite working within different contexts, our field really is united by purpose. We had very diverse workshop tracks and heard plenary speeches from people across sectors, like Valerie B. Jarrett, Senior Advisor to President Barack Obama and Chair of the White House Council on Women and Girls; Dr. Anita Raj of the Center on Gender Equity and Health at UCSD; Mónica Ramírez, founder of Justice for Migrant Women and an activist against workplace sexual violence; and Lilia Garcia-Brower, Executive Director of the Maintenance Cooperation Trust Fund, who was featured in the film, Rape on the Night Shift. Because many of us specialize in working in certain institutions, with certain populations, or within certain systems, it can feel difficult to work together across differences in approach and priorities. But the purpose of all of our work is the same, and the more we can partner and leverage each other’s strengths, the closer we’ll be to our purpose of ending sexual violence. The more united we are as a field, the more progress we will be able to make.