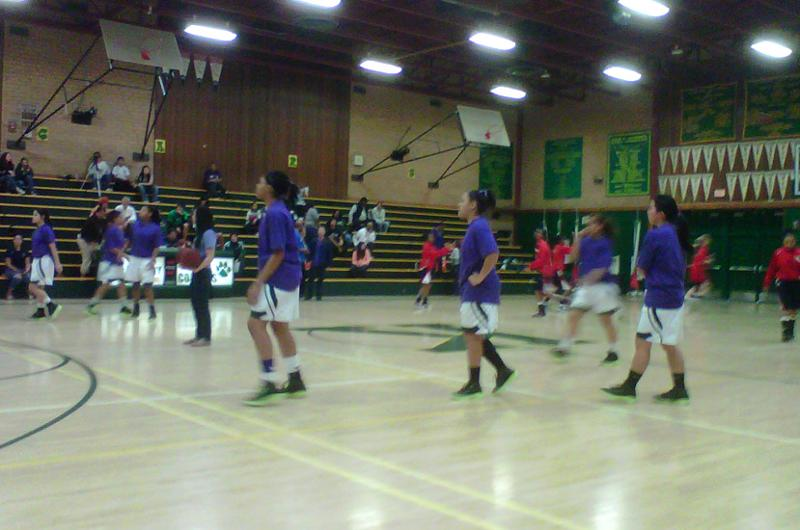 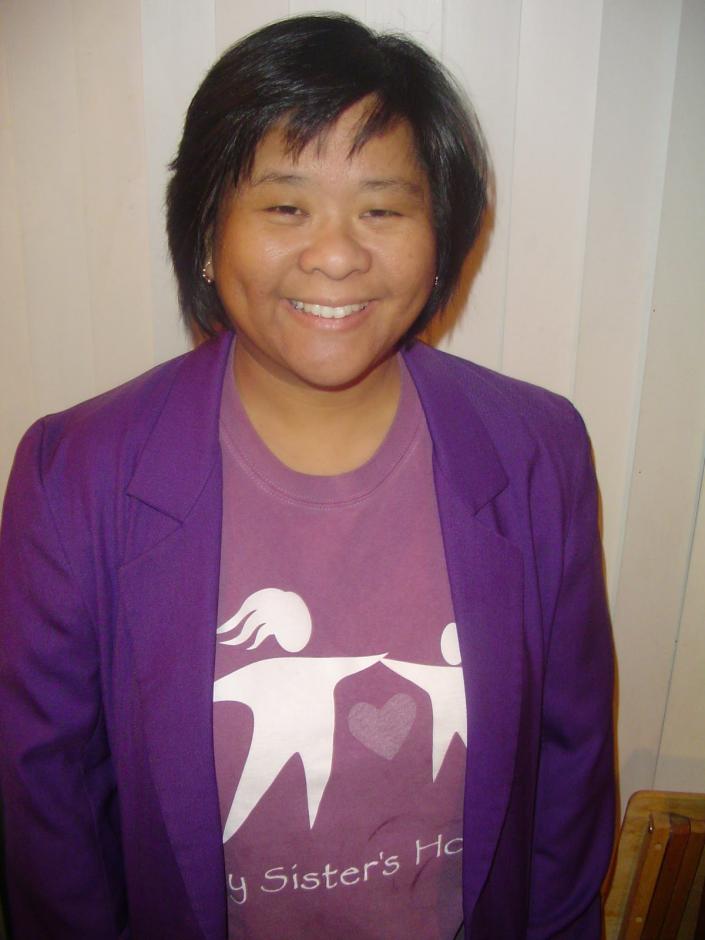 It started with a teenage daughter (okay, mine).

I went to one of her women’s high school basketball games in February and I noticed the other team was dressed in pink, which was not their school color. I, of course asked why at the concession stand, as I’m sure others did and was told it was to support the fight against breast cancer. Then an announcement was made during the game too.

Well pink isn’t my color but fighting breast cancer is a great cause. And I thought do they (the high school players) wear purple to fight domestic violence too? Do they even know about teenage dating violence awareness month which also occurs during basketball season? Unfortunately, I know odds are my daughter is more likely to experience domestic violence before she would experience breast cancer.

I went to my daughter’s coach and said, “Hey, can we do something?” He didn’t mind, but his higher ups did, even if it did come from the team mother and the mother of one of the star basketball players. Like a good advocate however, I went to another school. This time the coach said “Great idea.  Let’s pick a date.”

The coach worked with the opposing high school coach’s team and they both told their players of each of their teams (freshman, JV, and varsity) about the game, the cause, and the significance. In other words, at least 30 high school girls from each school were engaged in talking about the issue of teen dating violence. One year, one of the teams wore purple socks and purple hair ribbons. Another year one of the teams tie-dyed purple shirts.

My Sister’s House designed the flier which including teen dating violence statistics. The coaches had their players post their fliers around the high schools. This meant that the friends of the 30 high school players were asked to dress in purple too, along with their parents and relatives that came to the game.  Of course, this was “as easy shot” to do with Facebook posts and Tweets.

Outside the game, My Sister’s House hosted an info table. We had players, the players’ siblings, the public, and even campus security stop by the info table. We heard comments about how young people have experienced dating violence and/or been trafficked locally. And one of the local media stations featured the game.

Overall, this was one of the easiest and most fun public education efforts we’ve done. The cost was zero for our organization.  (There was an admission charge but it was the normal, nominal game charge and went to the school.)

We’re participating in our “Healthy Hoops” game again this year. After all, why pass on a winning game strategy, especially when it empowers teenage girls?

Nilda Valmores has had the honor of leading My Sister’s House, the Central Valley’s only shelter for battered Asian / Pacific Islander women and children since September 2004.

In Nilda’s free time she annoys her son and daughter who now are attending college.  Her daughter was once a high school basketball star who helped her team win their league and section championship.